Dinosaur theme for birthdays never go out of fashion and is surprisingly popular with little boys. Presenting my Dinoland macaron scene on top of a mango and peaches fresh cream chiffon cake! 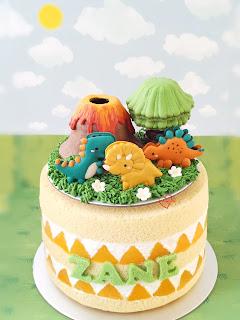 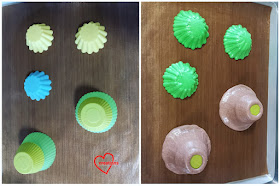 I achieved the height of the volcano by piping on stacked cases. A little wiggling with a toothpick is enough to dislodge the silicone case from the baked shell. 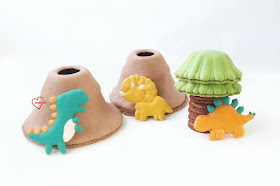 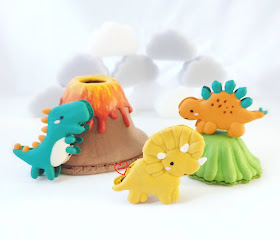 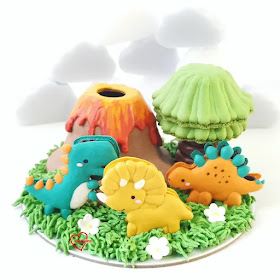 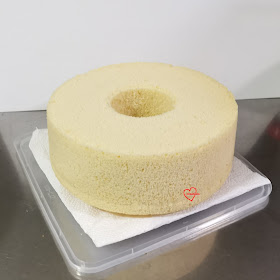 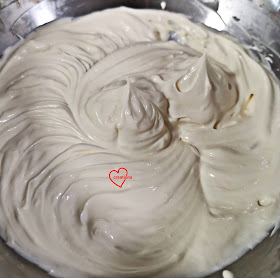 6. Fold dairy cream into non-dairy cream and transfer into piping bag with a hole cut for assembly.
To assemble, the sponge was sliced horizontally into 3 pieces. Between the sponge layers was the cream, mangoes and canned peaches and some homemade mango yuzu compote. Use an acetate sheet to hold the layers together during assembly. Chill in fridge for at least 2 hours or overnight before removing the acetate sheet. 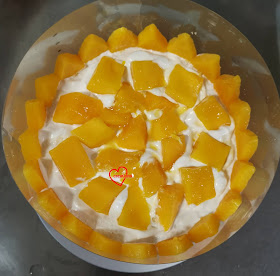 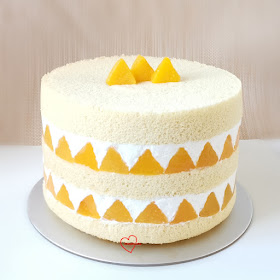 I love the clean and fresh look!

Thank God it was a well-received bake!