This is part of a big project with Susanne that we took on together. She made a bigger cake with some cupcakes and I made the bulk of the cupcakes. Presenting my batch of girly chiffon cupcakes for a baby shower! 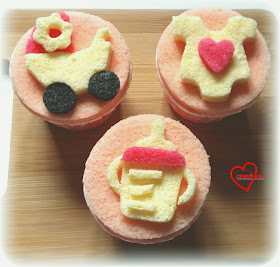 You only see 3 cuppies here but I made 59 of these. Why the odd number? Hmm not enough cake for decoration. Haha. But 59 was already pretty involved work for me! The cupcakes are orange flavoured with vanilla layer cakes for the girly decorations.

4. Fold the meringue into the egg yolk batter in three additions. Be careful not to deflate the egg whites. Transfer batter into a batter dispenser or piping bag. Fill the cups till about less than 1cm away from the rim. I used a jumbo ziplock bag fitted with a piping tip adapter to help with filling many cups quickly. If you have a batter dispenser it will be helpful but not necessary. Scooping the batter in would take too much time to fill the cups if you are baking more than 20 cupcakes in each batch.

5. Bake at second lower rack for 17-20 minutes or until skewer comes out clean. 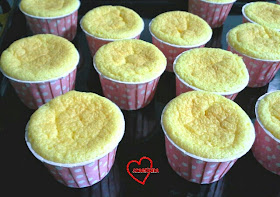 My dad sampled an orange cuppy and said it reminds him of cakes he ate when he was young! I think it's because natural ingredients are used and it's so full of natural orange goodness. Don't skimp on the orange zest for really good flavour and added moisture!

2. Follow the above steps to prepare the batter, adding the appropriate gel coloring/ charcoal after the flour is whisked in.

3. Bake at 160°C for 13-14 minutes. Immediately remove from pan and cool with baking sheet covering it. You may freeze the cakes after double wrapping with cling wrap and stored in ziplock bag.

Assembly
I used cookie cutters and a small fruit knife to cut out the various shapes from the layer cakes. I used marshmellow creme to glue the pieces on. 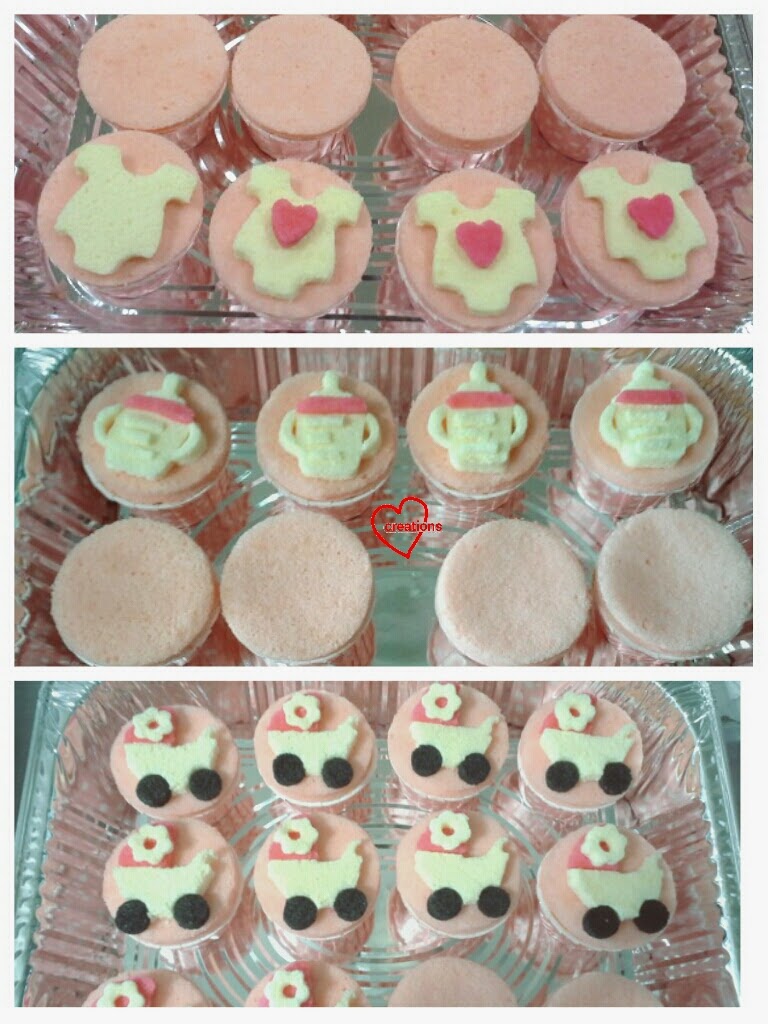 As the cakes have to be left out in the open for a couple of hours, I brushed the surface with simple syrup (1:1 ratio of sugar and water) flavoured with orange zest before storing them in airtight container.

Here's our big project on a tiered cake stand :). 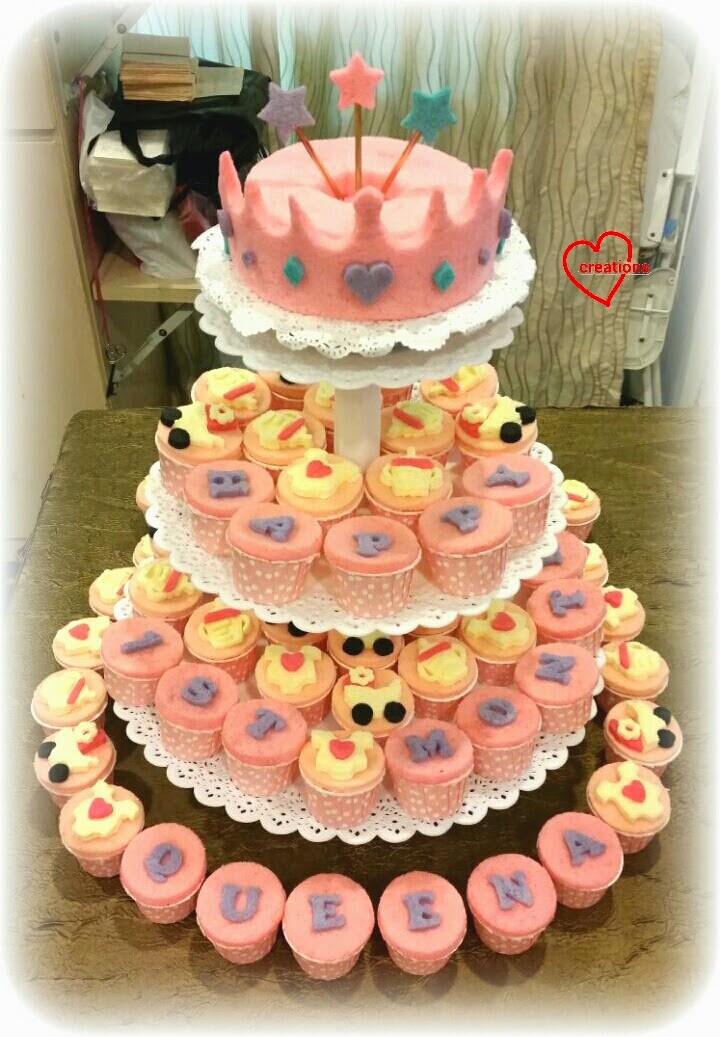