Unicorns are the trendy, in thing now and rainbows and hearts never go out of fashion. Here are some chiffon cupcakes with vanilla swiss meringue buttercream and trendy macarons! 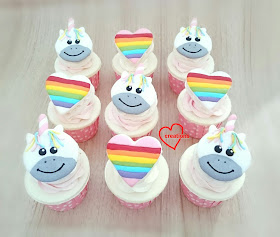 I won't go into the details of macaron making, but instead share the recipe of this fragrant vanilla flavoured chiffon cupcake that has an undertone of caramel flavour and fragrance. 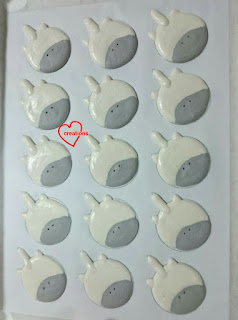 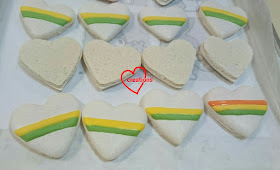 Freshly baked and in the midst of decorating heart shells with royal icing. 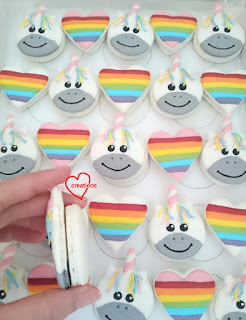 I filled the shells with vanilla swiss meringue buttercream (smbc) that has caramel flavouring added and a bit of lemon juice to counter the sweetness. My buttercream recipe is considered pretty low in sugar so it's not too sweet.

Steps:
1. Heat about 1" of water in a deep saucepan with low heat. Place egg whites, salt and sugar in a heatproof bowl that can fit over the mouth of the saucepan without the base touching the water. Place the bowl on top of the saucepan. Use a hand whisk or a hand held electric mixer to whisk the egg whites until foamy and temperature reaches 71.1°C and all sugar has dissolved. Be careful to keep moving the egg whites. About 5-6 minutes.

2. Remove bowl from heat. Use an electric mixer and beat the egg whites at high speed until stiff, glossy and cooled to room temperature. About 10 minutes. I place a damp towel under the bowl with a standing fan blowing at the bowl to speed up the cooling process. Use a spatula to scrape off the sides of the bowl now and then to ensure even beating of the egg whites. 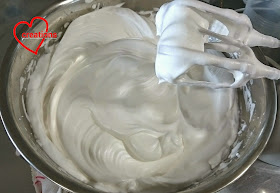 3. When the meringue has cooled (I use the candy thermometer to check temperature of meringue deep within the pile), add butter one cube at a time and beat at medium speed. Don't worry if it appears to curdle. Just keep beating and gradually adding each piece of butter until it is well incorporated. Increase speed when all butter has been added and beat for another minute or two until fluffy. 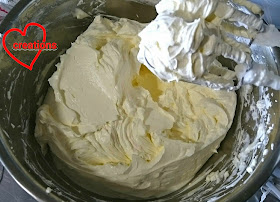 4. Add in lemon juice, vanilla extract and caramel flavouring in a couple of additions, beating well after each addition until well incorporated.

You may store the smbc in freezer bags if not using immediately. Just thaw and rewhip before using. 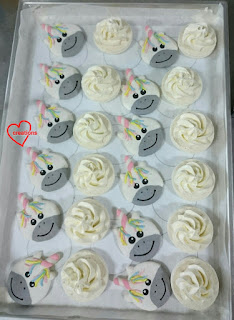 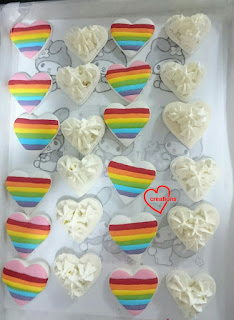 The same buttercream is used to attach the macarons to the cupcakes too. I coloured the smbc pink naturally with PME's natural rose coloured food colouring.

*You may replace with dark muscovado sugar or dark brown sugar. The sugar I use is a natural sourced lower glycemic index brown sugar. If you don't have brown sugar, caster sugar will do too but it will be less caramel-y. Here's a photo of the sugar I use. 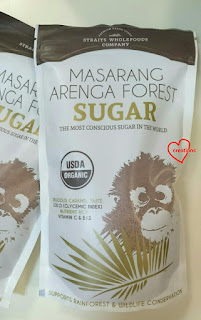 2. Prepare egg yolk batter. Whisk egg yolks and brown sugar until pale and thick. Add oil and whisk until combined. Add milk, vanilla and caramel flavouring and mix well. Whisk in sifted flour and salt gradually until no trace of flour is seen.

3. Prepare the meringue. In a clean metal bowl, beat egg whites and cream of tartar until firm peaks form, adding in the caster sugar gradually once the egg whites are foamy.

4. Fold the meringue into the egg yolk batter quickly but gently in three additions. Spoon the batter into cupcake cases until about 1cm from the top of the rim. Gently tap the cases on the table to release air bubbles.

I made some thin white layer cakes to cover the cupcakes before piping on buttercream using a Wilton 1M tip. Recipe for the layer cake can be found here. Omit the use of Pandan leaves to flavour the water. 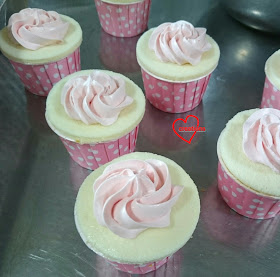 Gently place the macarons on the piped cream. Refrigerate for a day before serving.

Here's a peek at the cross section of the cupcake! 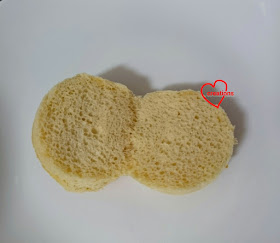 I made a few cupcakes without cream for the words to display along with the rest of the cupcakes :). 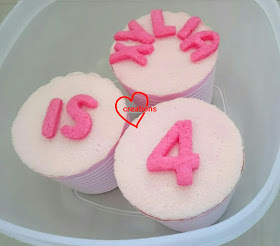