My friend requested for two sets of Pororo and friends macarons for her elder boy's birthday, of which one set is made as cake toppers. I will highlight how cake topper macarons and non-individually packed macarons are to be packed for a party in this post. 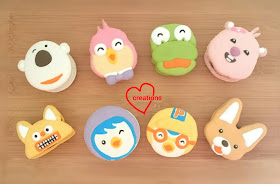 I used the reduced-sugar macaron shell recipe and baked these along with Pokemon macarons.

Just a quick tip on how I manage a macaron bake with so many colours involved. I divide the mass according to estimated proportion of surface area that each colour covers, then use the formula:

If you are using my old non reduced sugar version that also appears in my macaron book, use this formula instead:

Just to share some pictures of the piping process... 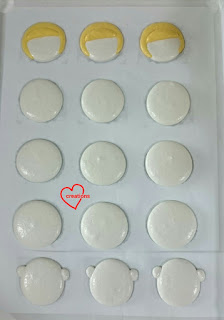 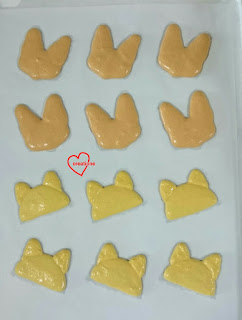 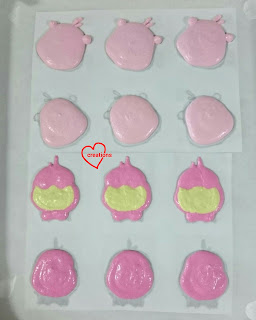 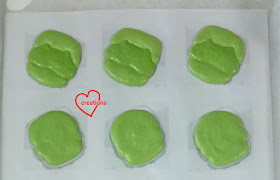 To be honest, I didn't do research on all the names of the characters involved :p. I can only identify Pororo. 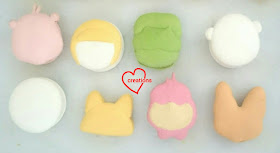 Checkout the awesome feet on the shells! 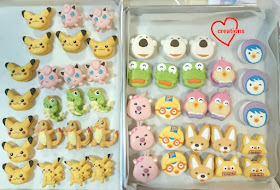 Pororo and friends together with the Pokemon batch

I use lollipop sticks for the cake toppers. Pipe some ganache on the base shell, place the stick in the middle, pipe more ganache to cover the stick before putting the top shell on. 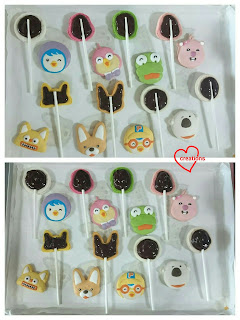 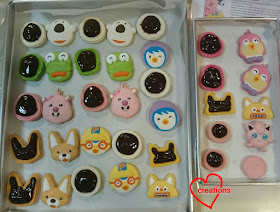 Most of my requests are for macarons that are displayed at the party or for home consumption. Here's how I pack...

I put each macaron on paper cupcake liners to help cushion the macarons and help to absorb moisture when refrigerated. Depending on the numbers ordered, I use transparent plastic boxes with 4 or 6 compartments as shown below. The boxes are bought from SKP or Phoon Huat. 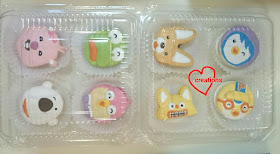 Cake topper macarons are also placed in paper cupcake liners. If the toppers are giant macarons, I use paper towel cut or folded according to the size of the macaron. These are packed in a large box. 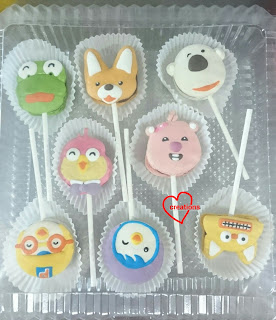 The boxes are placed in a jumbo ziplock bag with dessicant and paper towel. This is to ensure that the environment in which the macarons are stored in is airtight and condensation will not be as bad when refrigerated and taken out of the fridge repeatedly during transport. 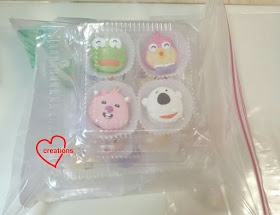 I hope my sharing of practical tips on packing has been helpful!

My friend kindly sent some photos of the macaron cake toppers on a cake she baked herself :) 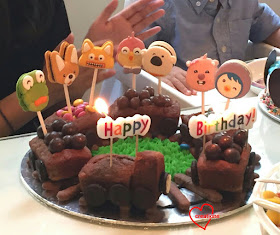 Can you tell who is missing? 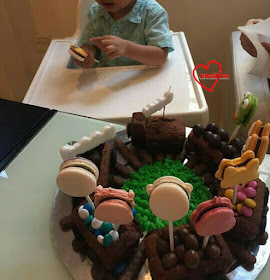 Caught by a little boy with the rest of the friends watching on *gasp*! 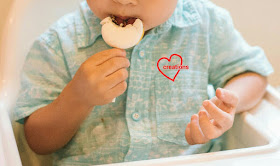 Mmm-mmm! The little man approves of the macaron!

She says that they are not too sweet :). A comment I often get for my macarons!