Ever since the unicorn macaron carousels gain publicity through Instagram and other media sources, I have been getting lots of request for them. Due to family commitments, I had to reject many of them as I limit myself to one major request or two simpler ones per week. I am not in favour of making the same thing over and over again too frequently because I prefer variety. Nonetheless, these unicorns along with the carousel structure they are set in never fail to exude an air of magical quality about them :). I suppose that's why this carousel is so popular. 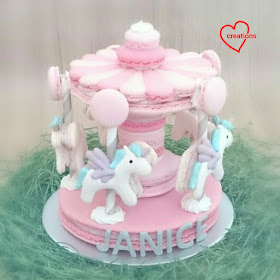 You may find my other unicorn carousels over here and here.

I used the reduced-sugar macaron shell recipe. Both regular and reduced sugar recipes can be found here. You may refer to my Creative Baking: Macarons book for a systematic presentation of the basics and complex shaped macarons. You may refer to my video tutorials for macaron basics and piping of complex shapes on the blog too. You may refer to this post for the dimensions of the shells required to make the carousel and the respective baking times. I piped a scalloped roof like the one similar to the sheep macaron carousel as I think it's really pretty and it is very helpful for positioning the paper straws during the assembly. Checkout the sheep carousel post for detailed steps of assembly. 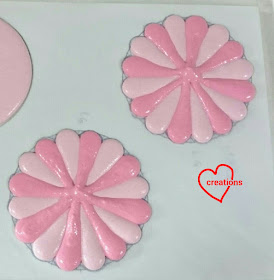 I pipe extra shells just in case some fail 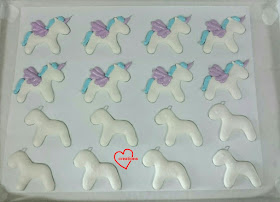 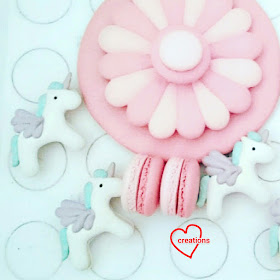 In order to make lavendar flavoured white chocolate filling, I toasted about a tablespoon worth of dried lavendar flowers at 100°C for 10 minutes before using mortar and pestle to grind them. I sifted the powder to get it really fine, and discard whatever didn't pass through the fine meshed sieve. 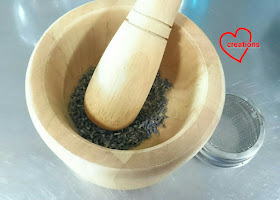 Transfer the two types of flavoured white chocolate into piping bags. Pipe onto the macaron shells. 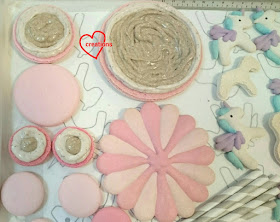 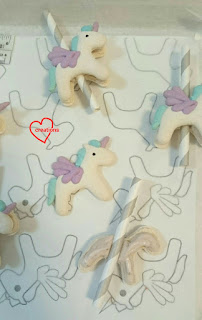 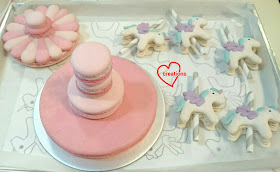 I used royal icing to create the name. The piped letters were dried thoroughly in the oven with the fan on at 60°C for a couple of hours. Carefully peel the baking paper away from the letters. 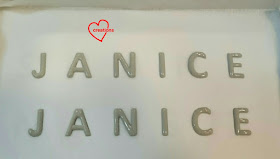 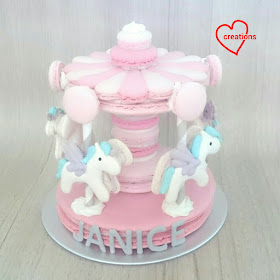 Store the carousel at cool room temperature in a dry place away from sunlight.