Here are some bears very much into the Christmas partying mood, all donning red-and-white hats and getting drunk on beer or enjoying a candy cane :). 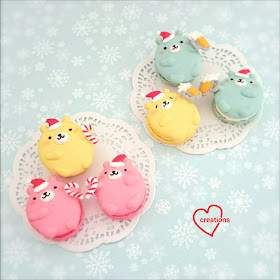 Here's a peek at the lemon and strawberry creams which do not need refrigeration as requested. 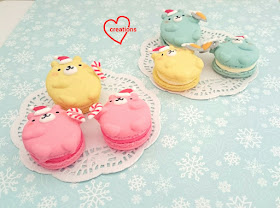 It's my first time filling macarons with non-dairy, non-refrigerated creams for a request. This type of filling does not taste as wonderful as proper swiss meringue buttercream based fillings but serve well enough when refrigeration is an issue.

You have seen these bears making their first appearance here and then appearing here again. They will also appear in my upcoming Creative Baking: Macarons book :).

You may refer to this post for the basic macaron recipe. 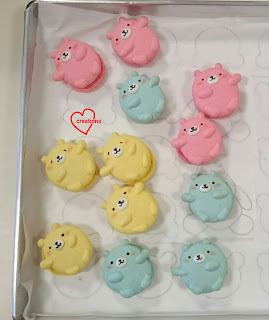 Pipe the candy canes, beer mugs and Christmas hats onto baking sheet with a template of the bears under it. 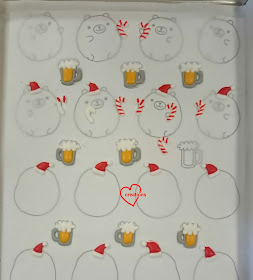 It's not easy trying to source for recipes for this type of cream and I figured that it's because it's used as a last resort. The flavours added to this cream base has to be pretty strong for the whole combination to work. I have toned down on the amount of sugar used so that the cream is not overwhelmingly sweet. This base can be used for a variety of other flavours too. I adapted the recipe from here. I would recommend adding flavourings gradually and doing a taste test before using the cream. You should aim for more sour or salty outcome than you would like if the filling has a sour or salty base because the macaron shells are sweet.

Steps:
1.  Beat shortening in mixing bowl with electric mixer for about 1 minute at low speed. Add a tsp of water and beat for another minute until smooth and creamy. 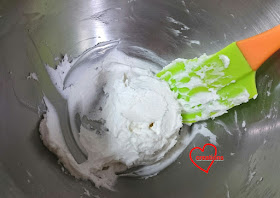 3. Divide the cream into two portions. Add strawberry emulco and rose water to one portion. Add lemon zest, extract and paste to the other portion. Use hand whisk or electric mixer to combine everything thoroughly. 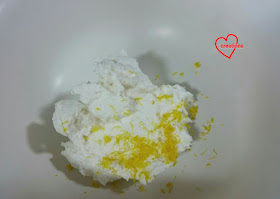 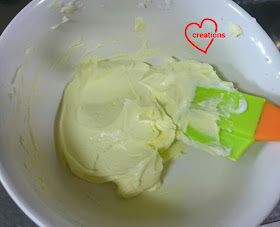 4. Transfer creams into piping bags and pipe onto the macaron shells. 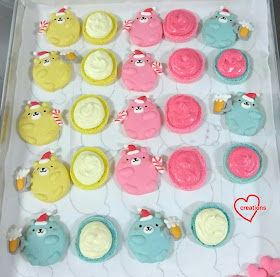 5. Store the assembled shells in airtight condition at a cool place.