This is my last post for 2015 so I thought I better not "owe" any bakes that have been kept in the queue unposted for too long :p.
My friend requested for a cake to surprise her hubby some time in November :). Her family just had some butterflies as pets this year so she requested for a butterfly design! 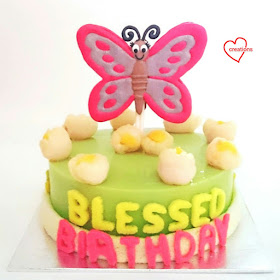 This is another lychee rose chiffon sponge and pudding cake, made concurrently with my Baymax themed cake, and my second cake using giant macaron as the centerpiece. The first attempt was a giant bee macaron. Since this request came when I was busy with other macaron bakes, I took the chance to create the butterfly with the same batter as my mermaid macaron bake. You may refer to this recipe for macaron shell (omit the strawberry emulco) and this recipe for basic swiss meringue buttercream. I filled the butterfly with lychee flavoured swiss meringue buttercream. Just add some lychee flavouring to the basic buttercream. You should use lychee puree if you have the time but I was hard-pressed for time so I used artificial flavouring :p.

You may refer to this recipe for the sponge, pudding and stuffed lychees but multiply everything by 3/4 as this is a smaller cake (6.5"). 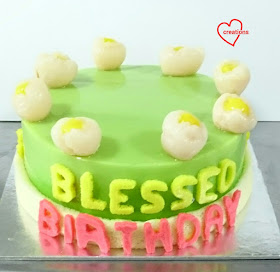 Assembled cake base. There's a toothpick holding each lychee in place. Pardon the out of shape letter "R". I blame it on the set of small sized alphabet cookie cutters that I have with the "R" shaped weirdly :p 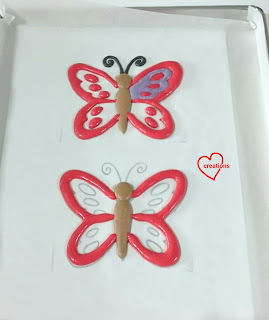 Piping out the macaron batter 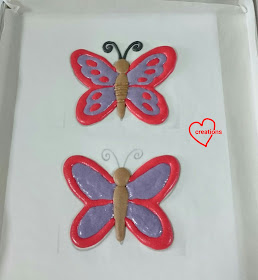 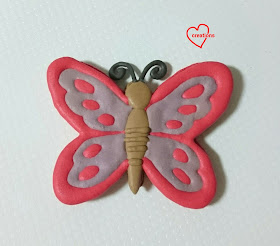 The butterfly is about 10cm big. The feelers were extremely fragile and broke off when my butterfingers slipped and dropped the shell from a height of 2cm away from the tray. *sigh*. I sandwiched the feelers between the shells instead, using the buttercream to hold it in place. 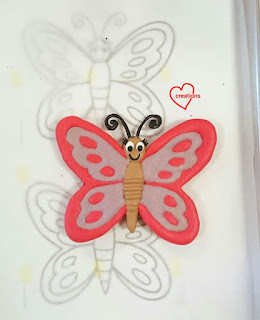 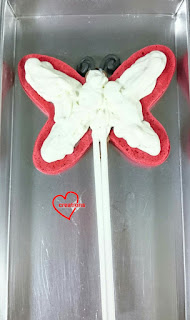 Thank God that the cake and macaron were very well received! So well received that my friend's MIL wanted to order a lychee rose sponge and pudding cake for her birthday next year too! Feedback was it's not too sweet and really good :).

Happy New Year everyone! Thanks for your support! God willing, we may continue another year of churning out creative bakes but perhaps at a slower pace.