I have a request for horse macarons with Milo filling along with crab macarons with salted egg yolk filling. Here are my horsey macarons! 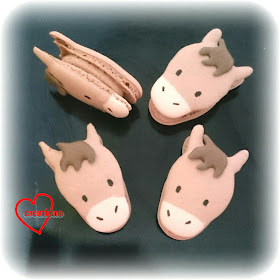 This is not the first time that horses make an appearance. I made horse macarons along with giraffe a couple of months ago. But the shell does not have Earl grey flavour in it this time as the filling is not salted caramel.

*You may end up with excess light brown batter but I find this ratio easier to work with. You may double the recipe for the Italian meringue preparation to be easier.

3. Make the Italian meringue. Boil caster sugar and water in a small saucepan while beating the rest of the egg whites in a clean metal bowl with electric mixer at medium low speed at the same time. Make sure the egg whites are not beaten past soft peak stage. When syrup temperature reaches 115°C, remove from heat, increase mixer speed to high and slowly pour syrup into the egg whites. Keep beating for 10-12 minutes on high speed until stiff, glossy and cool. Portion out the meringue in 3:1 ratio, leaving about 2 tbs of meringue unused.

4. Fold the meringue into the masses in two additions using the fold and press motion. Fold in 1/3 meringue for first addition until batter is even. Fold in the rest until the batter falls off the spatula in a slightly discontinuous manner. Do watch my video tutorial for the macaronage process. 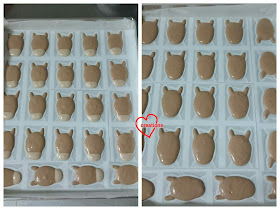 Tap the tray hard a few times after piping.

6. Dry the shells in aircon room for 1.5-2h or until the shells are dry to touch. You should be able to run a finger across the shell surface easily. 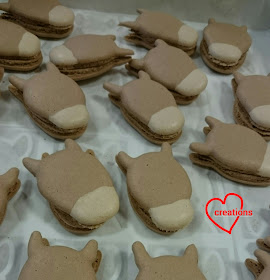 8. Prepare brown royal icing by adding some cocoa powder to plain icing and a bit of brown gel colouring. Too much cocoa powder may cause the royal icing to have difficulty drying. Pipe the horse hair using the same template and baking sheet for macaron shells. 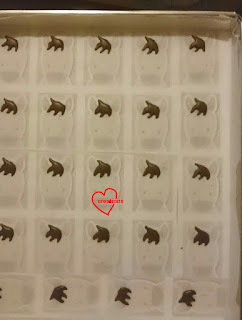 Dry the icing in oven with fan on but heat turned on only for a few seconds. It may take about an hour to dry completely. Alternatively you may air dry overnight. Carefully lift off the hair and stick onto the horse head with more royal icing.

Use black edible marker or black royal icing to draw on the eyes and nostrils. 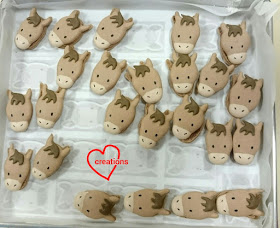 Steps:
1. Prepare the smbc. Place egg whites, salt and sugar in a metal bowl that can be fitted over a saucepan. Fill the saucepan with about 1" of water. Make sure the water does not touch the base of the metal bowl. Heat the saucepan and whisk the egg whites with a hand whisk until foamy. Keep the egg whites moving as you monitor the temperature.

2. When temperature reaches 71.1°C, remove from heat and beat with an electric mixer at high speed for about 10 minutes until stiff, glossy and cool. I like to place a damp cloth under the bowl to cool the meringue down faster.

3. Add in butter one piece at a time as you beat the mixture. Don't worry if it appears to curdle. Just keep beating and it will come together towards the end and form a smooth cream. 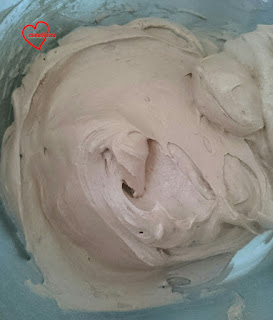 You may prepare the filling ahead of time and freeze it. Just thaw and rewhip before filling the shells. 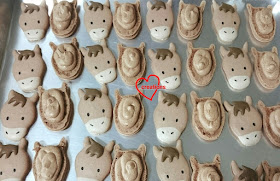 Filling the horses with Milo smbc 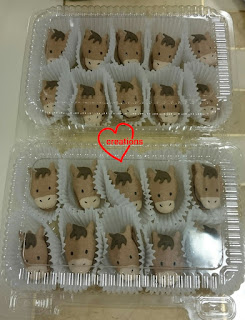 Thank God that they were well received along with the crab macarons! Keep a lookout for cute guinea pig macarons that I made with leftover batter!

The recipient has kindly shared a photo of the horses at the party :). 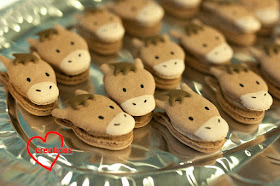