I had a request for Miffy macarons from my friend the same week as the assorted Peppa pig and friends macarons. So I made them together in one single session! Here's Miffy along with Rilakkuma! 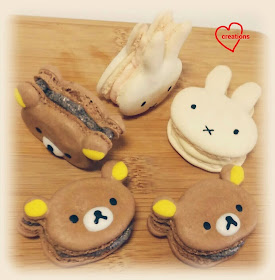 Retro look :p
Pardon my poor photography skills. I took many photos of the various macarons (Peppa pig and friends, Garfield, My Melody and this set) in a hurry and this set didn't turn out too well. 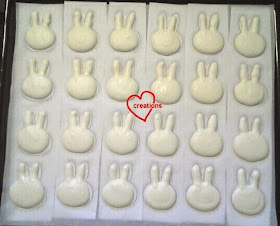 It was surprisingly tough to get Miffy's ears piped well! Or maybe I was just harried with too many different macs to pipe in one session :p 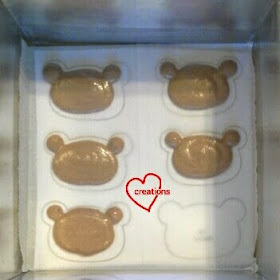 Running out of batter to play with so piped smaller heads :p 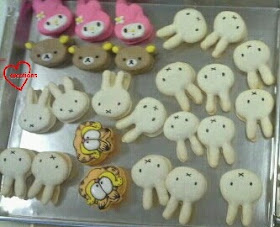 Freshly iced along with Garfield and My Melody. This is only half the batch I made! There were still another 21 Peppa Pig and friends macarons! 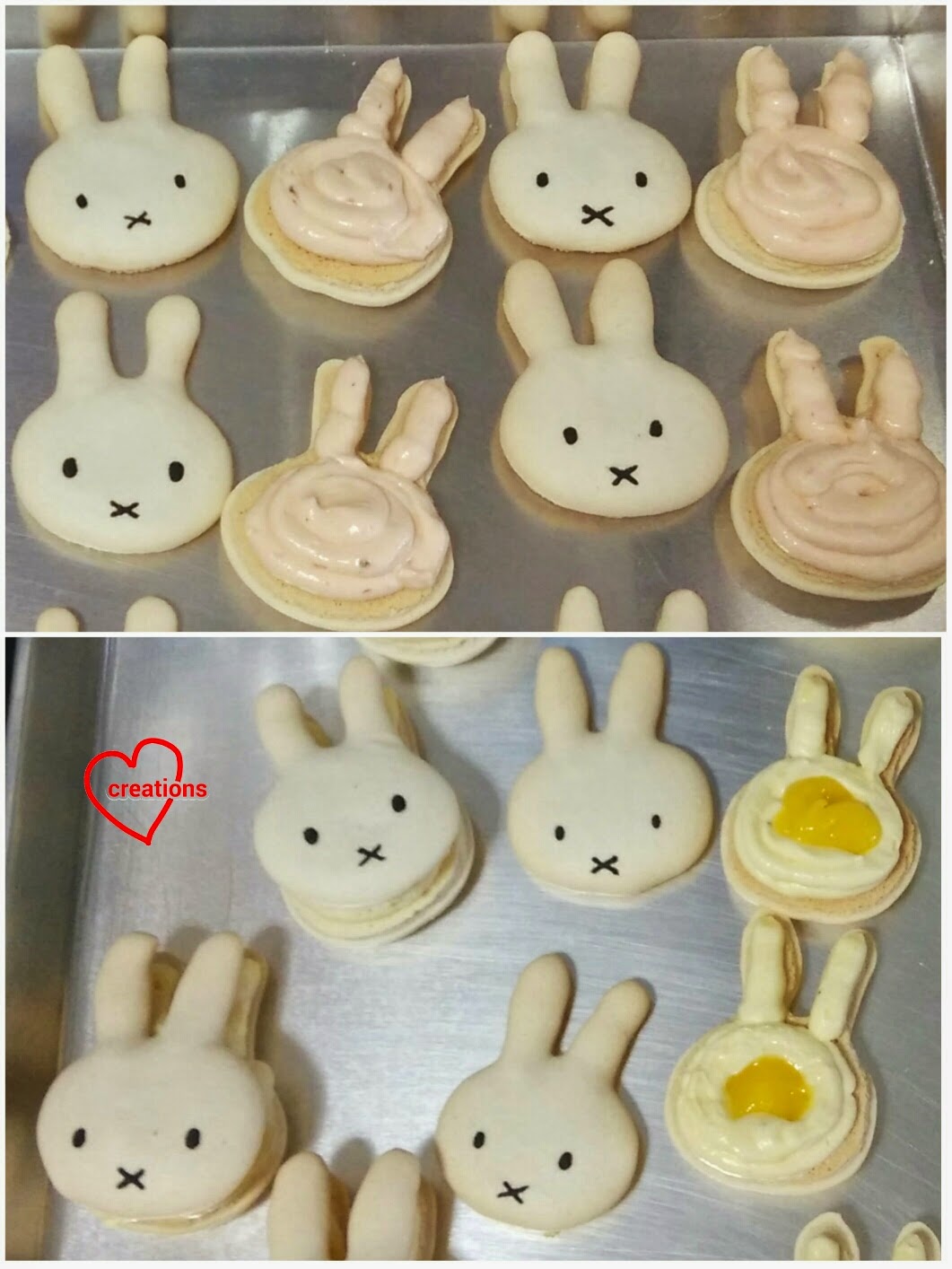 Filling up half of Miffy with strawberry swiss meringue buttercream and half with lemon curd and lemon smbc.

Glad that the Miffy macarons were well received! My kids got to eat the Rilakkumas and as usual they were happy to eat any leftover macarons!

You may think that I am very good at piping weird shaped macarons. Actually I am still learning and still making mistakes! But with every practice, I learn something new :).

Keep a lookout for my next attempt at Rilakkuma macarons! Made with a different flavour but naturally coloured too ;)