I have a request for Lavender flavoured iced gems along with other flavours of iced gems. Giving the Peppa pig series a break with this before resuming. Too many pig posts :p. Here's my all-natural lavendar gems without any artificial colouring or flavouring! 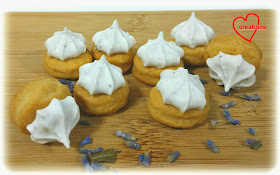 These are fragrant and crunchy, with a pleasant lavendar flavoured aftertaste that is not too strong (being hit by a soap box) or too mild.

The beauty about homemade iced gems is you can make about any flavour you can think of. I flavoured the milk used in the biscuit base by steeping dried lavendar flowers in hot milk, and by powderizing some dried flowers to add to the royal icing, in addition to using lavendar tea to make the icing. 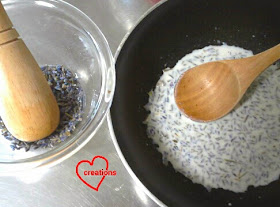 The recipe and steps for these gems is almost the same as my earl grey gems. I only made a small batch as the requester wanted an assortment of gems. So feel free to double, triple or quadruple the recipe.

Lavendar royal icing
1/4 tsp powdered dried lavendar, sifted (you may use mortar and pestle to grind half a tbs worth of dried flowers)
56g icing sugar
4g meringue powder
10-12g lavendar tea (steep 1tbs of dried lavendar flowers in 45ml of hot water for 5 minutes. Sieve out the flowers and squeeze out as much tea as possible)

If you are unable to get hold of meringue powder, you may prepare royal icing using egg whites.  If you are concerned about using raw eggs, you may dry the iced biscuits in the oven at 90-100°C for half an hour to "cook" the egg whites as well as dry the icing.

Steps:
1. Add vanilla extract to the milk. Set aside to cool if milk is hot.

3. Mix all dry ingredients together and sift into a large bowl. Rub in the shortening with your finger tips until it resembles fine breadcrumbs.

4. Gradually add in the milk until you can form a ball of dough. You won't need to use all 45ml of it. Roll it to thickness of about 3mm. Use a round cutter to cut out circles of about 2cm in diameter (or any size that you have).

5. Place the cut out dough on baking tray. They can be placed pretty close together as the dough will puff up and not expand much sideways. Press it down a little in the middle. Bake for 12-15 minutes or until lightly browned. Cool on tray for 5 minutes before transferring to cooling rack. 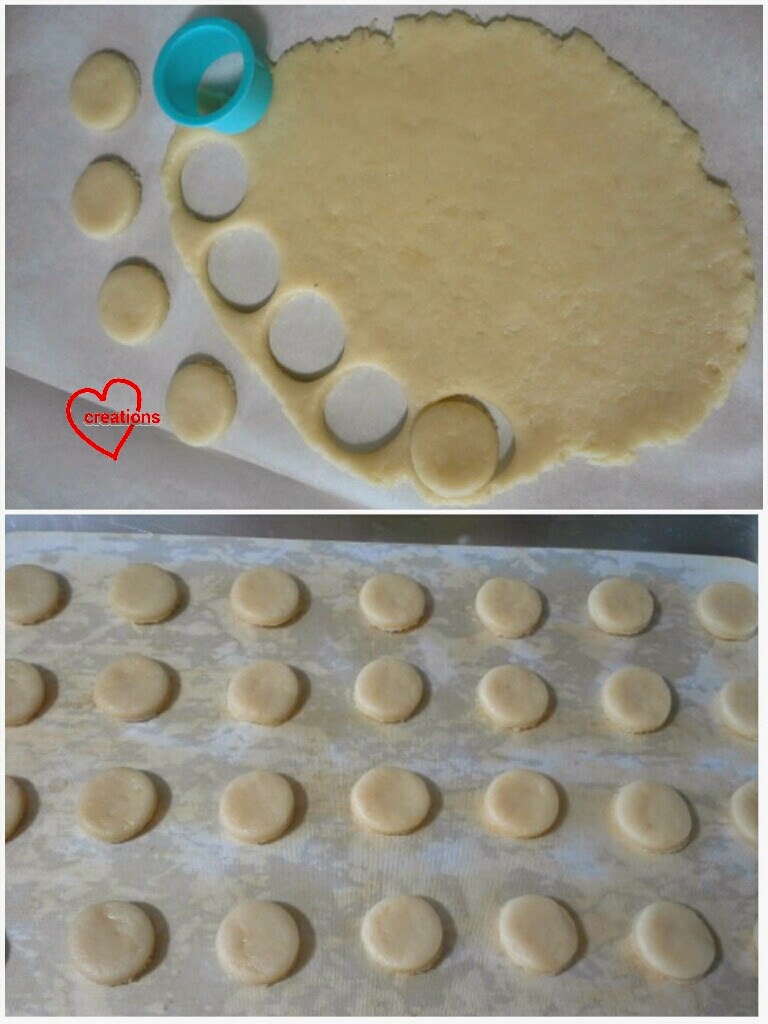 6. Prepare the royal icing. Sift icing sugar, lavendar powder and meringue powder into the mixing bowl.  Use a hand whisk to mix the powders for a minute. Gradually add lavendar tea and whisk for about 5-6 minutes until the icing turns pale and opaque, and stiff peaks form. Add a bit more icing sugar if it is too runny and add a bit of tea if it is too dry. This quantity is too small to deploy an electric mixer so hand whisk will do.

7. Transfer the royal icing into  piping bag fitted with a star tip. Pipe the signature dollop of icing on each biscuit. Dry the iced biscuits in the oven at 70-80°C using the fan mode for half an hour or until the icing is dry. You may pipe extra icing onto the baking sheet beside the iced bicsuits on the same tray as a test to see if the icing is dry. If you can easily lift the icing off the baking sheet, it is dry. Let the biscuits cool completely before storing them in airtight container. 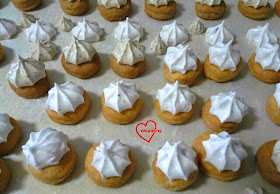 Unfortunately I didn't take a photo of these gems in a bottle. These little treats are lovely with a cup of lavendar tea!